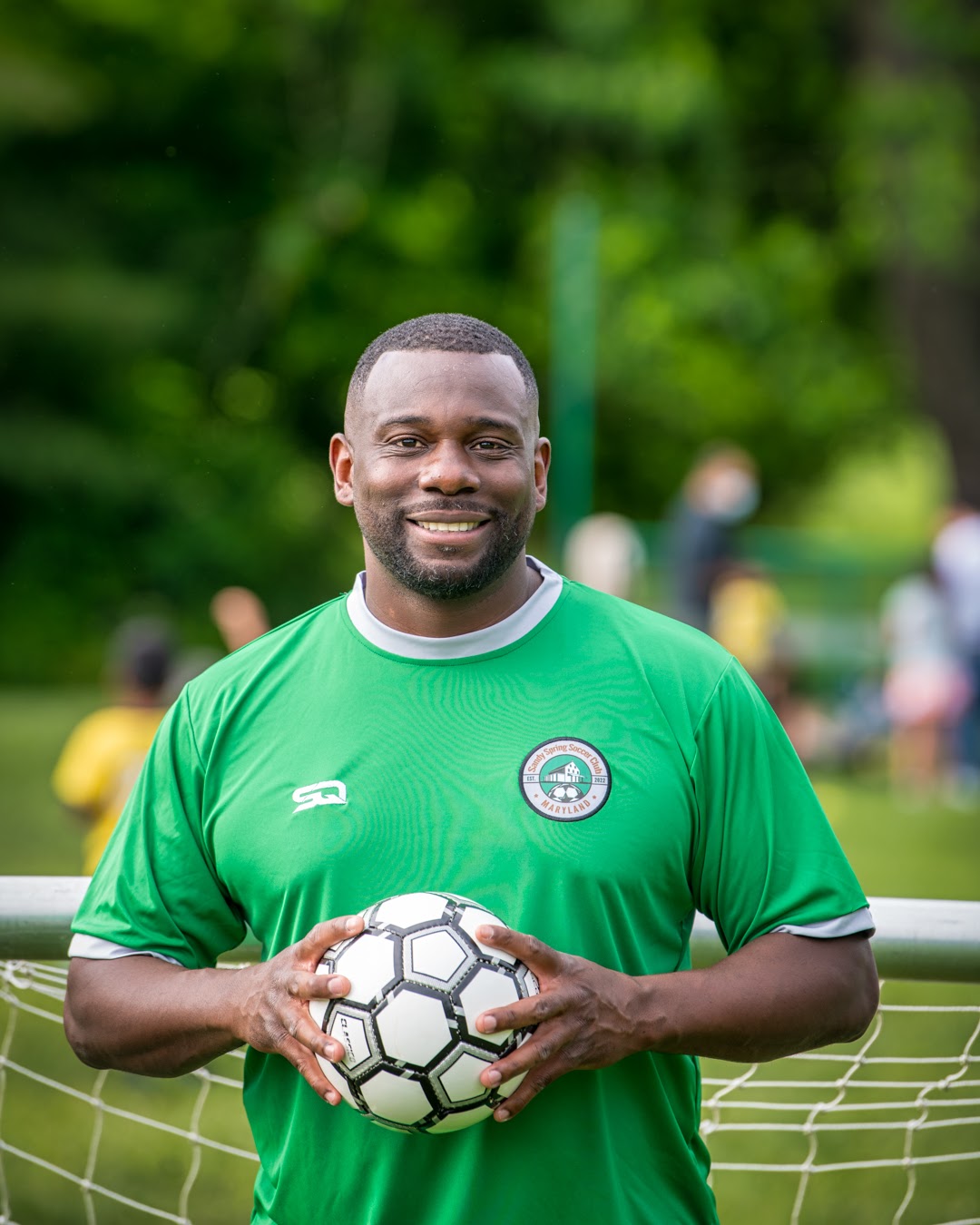 Born in Canada of parents from Trinidad & Tobago, Justin began playing soccer at the age of 4 in the Montgomery County, MD area after moving to the United States in 1982. He’d play for various clubs between Montgomery and Howard counties, eventually representing the Maryland State team at the Olympic Development Program level at 17. He travelled with the state team to Europe to play against various teams from Scotland.

After graduating High School, he would move on to playing NCAA Division 1 College soccer for the University of Delaware Fightin’ Blue Hens for four years from 2000-2004. During his time in college, he also played for the Chesapeake Athletic Dragons, a semi-professional team in the United Soccer League.

Upon graduating from the University of Delaware, Justin decided to volunteer coach at the New Carrollton Boys & Girls Club. He enjoyed coaching so much, that he wanted to get into it full time. So in 2006, he co-founded a program called QuickFeet Soccer for Kids, a 2-7 year old program, for beginning soccer players. The program has since served over 30,000 kids in and around the Washington, D.C. area.

If you could change one thing about youth soccer what would that be?

JR: Recreational programs. There is alot of talented kids who do not develop to their full potential because they are not receiving the best possible training. Too many clubs care about the number of kids in their programs rather than providing the best training for the kids to be successful. Here at SSSC we are the opposite.

What was your experience like as a youth soccer player growing up in the Washington, D.C. area and how has it impacted your life today?

JR: I am very thankful for my late father, Stephen, and my older brother Ricky for setting the tone for our family’s love for the beautiful game. My brother has passed that love of the game on to my nieces who are doing extremely well with their soccer club in Virginia and I have passed that on to my daughters who play in the QuickFeet Soccer for Kids program. Youth soccer in this area provided an amazing experience that gave me the tools to use the sport as a way to travel overseas to play for a bit, and to play in college. Soccer is a sport that unites people and the beautiful thing is that you can play it anywhere in the world. I have travelled to over 25 countries in my lifetime and I always look for a field or a place to play pick-up soccer to interact with the locals. Some of my best friends to this day I met playing in MSI, Potomac SC, Columbia SC, and other clubs in the area, so I am grateful for the sport and the great coaches that I had a long the way from Lincoln Phillips, Richie Burke, Myron Garnes, and many others who continue to impact the sport to this day.

What advice would you give your 8 year old self playing soccer along with youth soccer players?

JR: I would tell my 8 year old self and youth soccer players to enjoy their soccer playing experience because it goes by pretty fast and you will not be a kid forever. Enjoy the trips to games like I did with my father (who took me to the games most times), enjoy the soccer tournaments to different parts of this great country, and if you are fortunate to travel overseas to show your soccer skills, then enjoy that too. I took my first trip overseas to play soccer when I went to Scotland at 16 to play for the Maryland State Olympic Development team. I didn’t even know that such an opportunity existed until I was scouted playing for my club team. That experience opened my eyes to so many things and allowed me to see a totally different culture to the U.S. Also, I want them to understand that the ball will roll again. One game you may struggle to control the ball, dribble, defend, etc. but just understand that is just one game and the ball will roll again, meaning that you will get another chance to improve on the last game. Don’t get to down on yourselves and understand that soccer (and life) is all about confidence. Once you have confidence in yourself understand that you will win some and lose some, but never give up.

What advice would you give to parents on supporting their child’s youth soccer experience?

JR: As the kids get older it will be more challenging especially if they are playing competitively. So just be there to help nurture their development. We all want what is best for our kids, but never force them into anything that they don’t want to do. If they so happen to lose interest in soccer, then take a break and see if they develop the love for it again. If not, then no big deal because the time that they spent with the sport helped them to learn life skills. As a club we will do our part to continue to nurture them and encourage them to love the game. We just ask that you all do your part by helping to encourage them and keep their confidence level up. It is a team effort on and off the field. 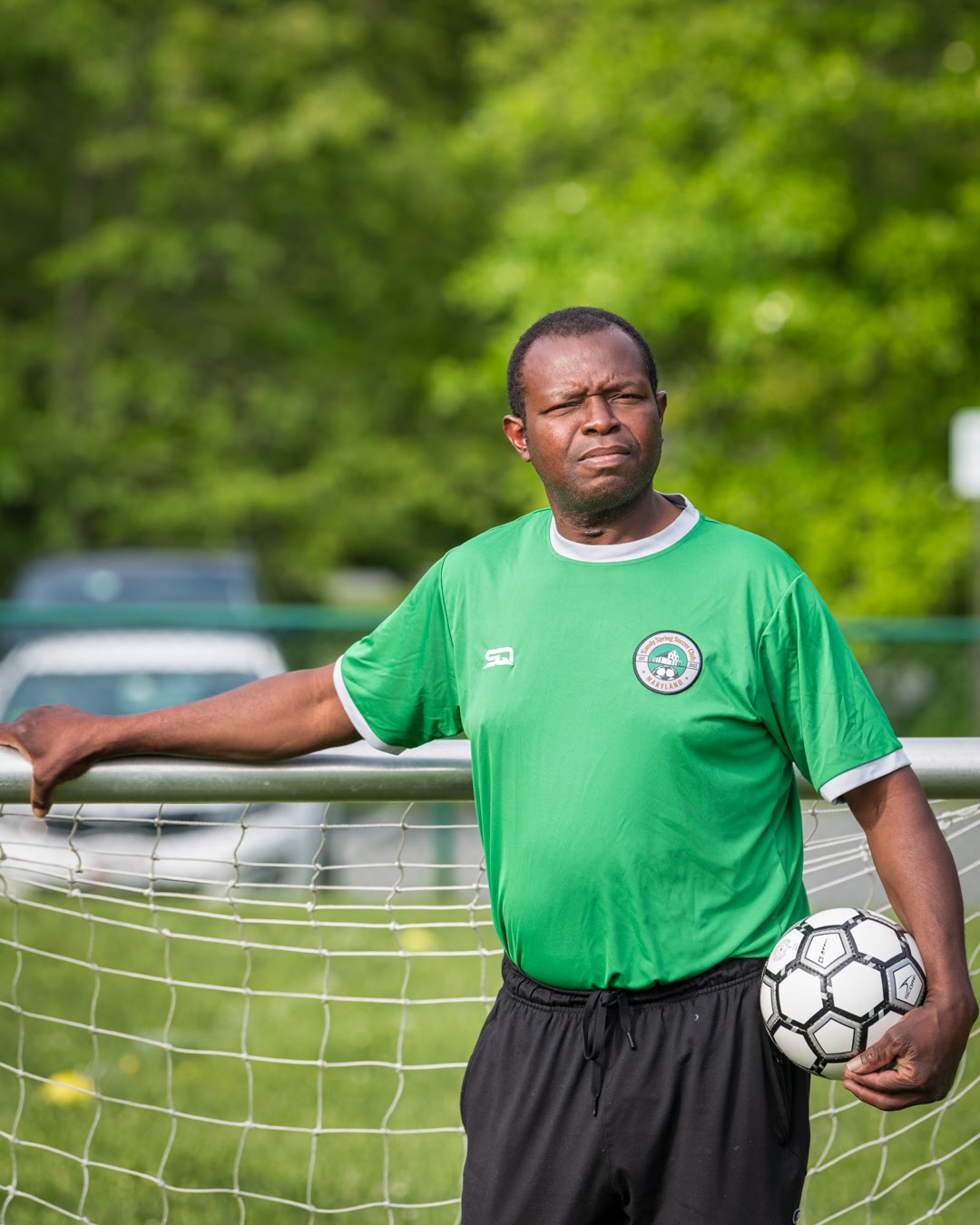 Born in Trinidad & Tobago, Faustin moved to the United States in 2001 to pursue further opportunities at coaching soccer at the youth level. Based in the Washington, DC region, he has held positions at several youth organizations and soccer clubs including QuickFeet Soccer for Kids.

Felix’s sporting career is also one of the most diverse of all of our coaches. As a youth, he played in a local youth club in Port of Spain and was a marathon runner and a boxer. He also played WASSL and Semi-pro indoor soccer in Rockville, MD.

With over 20 years of coaching experience in various leagues in and around the Washington, D.C. area and the east coast such as the National Capital Soccer League, Elite Development Program, Club Champions League, Select and Classic leagues, Felix’s focus remains on player development on and off of the field.

If you could change one thing about youth soccer what would it be: “ We really need to improve the Recreational programs in this country. We know that parent coaches are important to recreation soccer, but they can also hurt the growth of youth soccer, especially if they do not have a soccer playing background.” 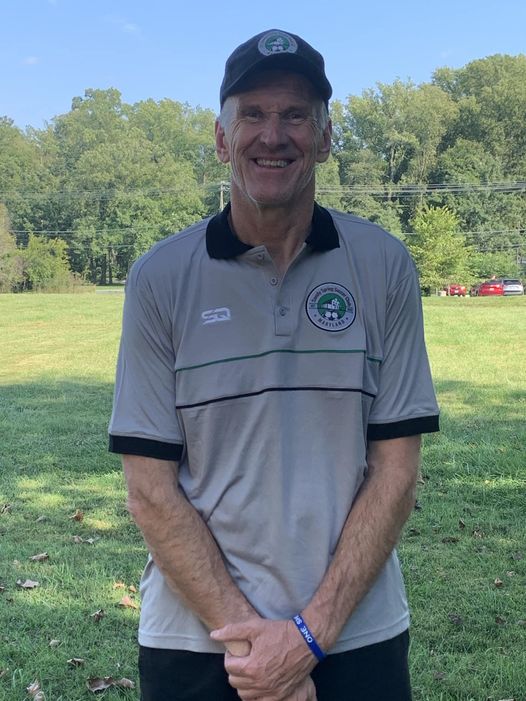 Coach Billy Warren is the Goalkeeper Coach for the Sandy Spring Soccer Club. A FIFA Certified Goalkeeper Coach and Trainer with over 40 years of playing, coaching and training experience. Currently he is the goalkeeper coach for Sherwood High School.

As a player, coach and trainer Warren has played and coached several professional and national teams including the Washington Diplomats, Maryland Bays, DC United, Montserrat National Team as well as clubs in Northern Ireland, Guatemala and Mexico. He holds both United States Soccer Federation licenses as well as international certificates.